For a brief moment, Amy Adams’ name was listed amongst the best actress nominees for the 2017 Oscars.

But sadly for her, and her legion of fans, it was simply a typo.

“How could she not be nominated for Oscar?” asked one. Another wrote: “Ugh they did not just snub Amy Adams.”

So why was it such a surprise the star failed to pick up a nomination, either for her role in best picture nominee Arrival, or for her other Oscar contender, Tom Ford’s Nocturnal Animals?

Arrival’s director says she is the ‘soul’ of the film

Denis Villeneuve, director of the sci-fi film that sees Adams’ linguist character Louise Banks attempt to speak to aliens, is no doubt pleased it is up for best picture.

But he could not hide his sadness the star missed out.

“This is the big disappointment,” Villeneuve told US media. “I’m deeply disappointed for Amy.

“She was the soul of this movie. For me, it was a given! She had the movie on her shoulders, she’s the one who made it happen.

“It’s a strange feeling to celebrate and feel sad at the same time.” 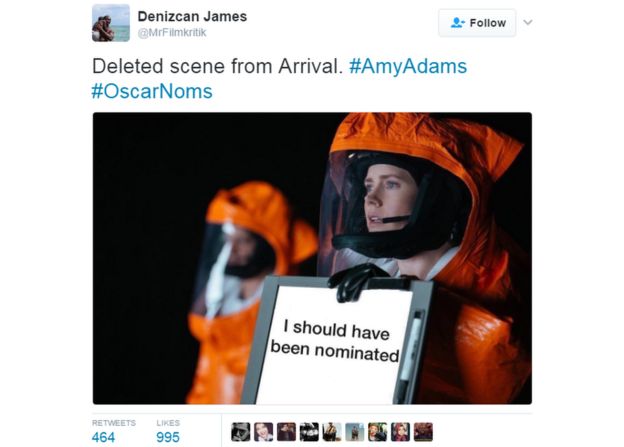 The critics loved her performance

Film critics were unanimous in their praise of Adams in Arrival.

The New York Times said: “By turns inviting and opaque, Ms Adams turns softness and quiet into heroic qualities, keeping her voice low, modulated, and using stillness to draw you near.”

The Los Angeles Times agreed: “Arrival is really Adams’s film, a showcase for her ability to quietly and effectively meld intelligence, empathy and reserve.”

The Telegraph said: “Adams is one of the best actresses Hollywood has.” And it praised “the supreme subtlety and screwed-down focus of her work” in the film.

Fans loved it too

The film topped the UK box office in November after taking £2.9m on its opening weekend – and it’s received such a popularity boost in awards season that it’s heading back to US cinemas with extra footage.

Anna Escurriola agreed, writing: “Arrival is extraordinary and the acting of Amy Adams is superb. When I see movies like this I love cinema even more.”

Writing after the Oscar nominations had been announced, Christian Kelly said: “I must say, it is disappointing to not see Amy Adams nominated for Arrival. She was fantastic and drove the story beautifully.” 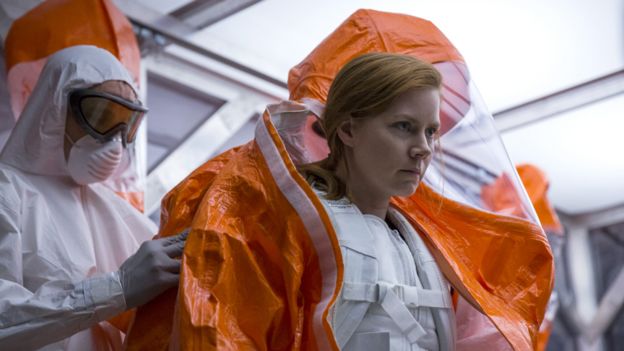 Image copyright: Jan Thijs (She has been nominated five times before)

Adams has quietly amassed an impressive list of acclaimed screen roles which has seen her nominated for Oscars five times in just over a decade.

She was most recently recognised for playing Sydney Prosser in American Hustle, being nominated for best actress in 2014.

The Academy sometimes likes to reward people who’ve been waiting for a while for a trophy. Leonardo DiCaprio finally won best actor for The Revenant last year after campaigning by fans in his repeated nominations for other roles.

But Adams is yet to pick up the elusive trophy. 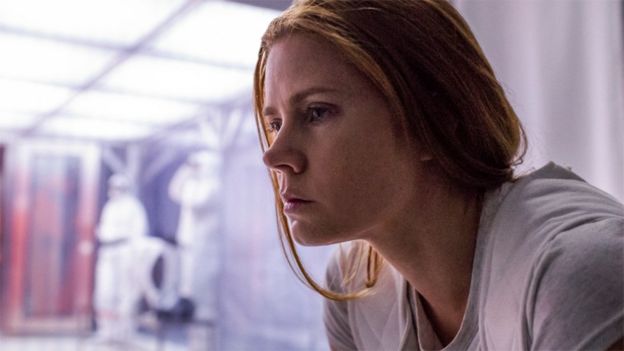 Image copyright: Paramount (She was in two Oscar-nominated films this year)

Arrival picked up a handful of nominations for this year’s Oscars, with her other big film Nocturnal Animals scoring one. But did that split the vote and scupper her chance of success? It could well have done.

Other actresses who have been nominated this year include Emma Stone and Natalie Portman – for La La Land and Jackie respectively.

Their performances in those films have been widely praised and are the only roles both actresses have been associated with this awards season.

By appearing in two critically-acclaimed movies near the Oscars, Adams may well have scuppered her own chances of a nomination, with Academy voters splitting their nominations between them.

She’s been nominated A LOT of times for this role

Astonishingly, Adams has received best actress nominations for her part in Arrival at 33 other film awards so far this season – and already won five of them.

Among those recognising her include the Golden Globes, Bafta, London Critics Circle and Screen Actors Guild. They can’t all be wrong can they?