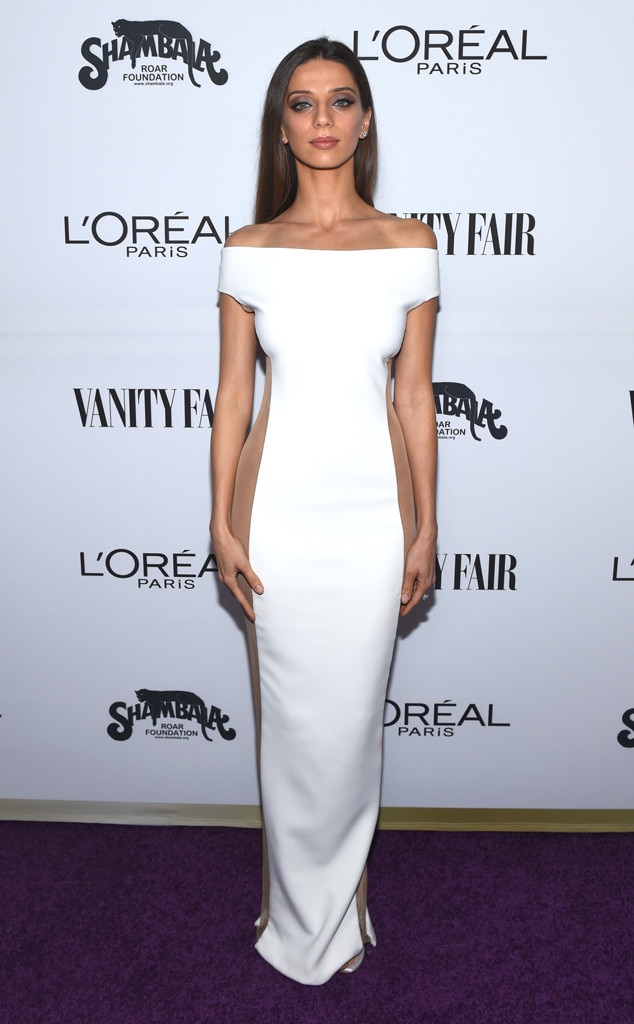 The 33-year-old star, who played prostitute host Clementine Pennyfeather on HBO’s hit sci-fi series Westworld, dared to bare almost all at Vanity Fair and L’Oreal Paris’ Toast to Young Hollywood party, a pre-2017 Oscars event. Sarafyan wore a white off-the-shoulder gown with sheer cut-out panels that ran down both sides of her body, showing some side and under boob and showcasing her lack of bra and underwear.