A thief nicknamed “Spiderman” has been jailed for his part in one of the most daring art thefts in recent years.

Vjeran Tomic had admitted the 104m euro ($110m;£89m) heist during which he took five paintings – including an Henri Matisse and a Pablo Picasso – from the Musee d’Art Moderne in Paris in 2010.

Jean-Michel Corvez, accused of ordering the heist, and Yonathan Birn, who hid the paintings for a period, were given seven and six years respectively.

The artworks are still missing.

The three have also been ordered to pay the City of Paris 104m euros in compensation, on top of additional fines.

Tomic, 49, who earned his nickname climbing into the apartments of Paris’s wealthy residents – and has had several convictions – told police he broke into the museum hoping to steal a piece by French cubist painter Ferdinand Leger. 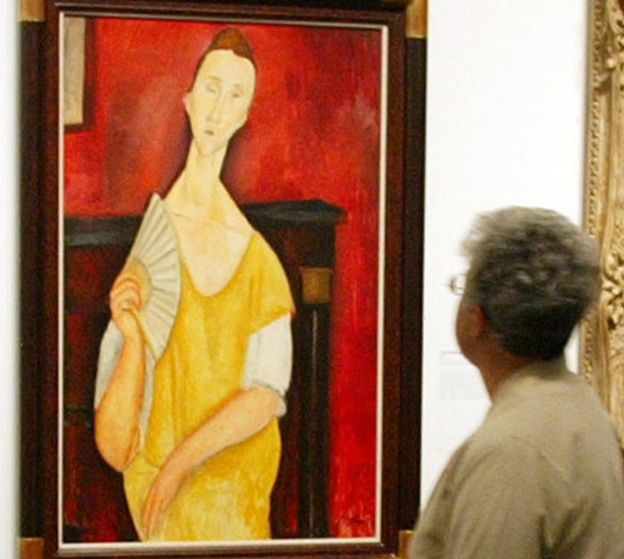 Image copyright: AFP (Among them was La femme à l’éventail)

But after the alarm failed to go off, he decided to take the other four, including ones by Georges Braque and Amedeo Modigliani, because he “liked” them.

Tomic was accused of cutting through a padlocked gate and breaking a window to get into the gallery, which had been waiting for its alarms to be fixed for several weeks at the time of the heist.

Birn, 40, later told investigators he had thrown the paintings away in a panic. He broke down as he was sentenced and told the court he would have returned them if he knew where they were, according to French media reports.